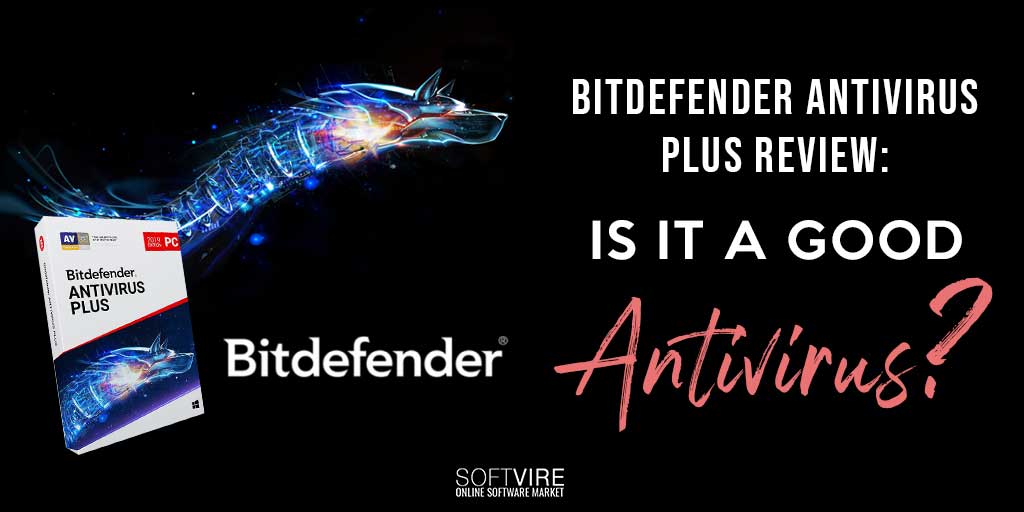 Bitdefender is one of the top-performing names in the industry for cybersecurity products. It has garnered positive reviews in general, together with its top competitors, Norton and Kaspersky.

But to claim an antivirus is good, it must pass the AV test, have security features that can provide as much protection within a budget, and uncomplicated to use.

The Bitdefender brand has earned its way on top of the list of best antiviruses. It passed the AV test performed multiple times and rank number one on most tech magazines and reviews. But what if we focus on one of their products, Bitdefender Antivirus Plus. Is it as good as other of their products and compared to other antiviruses?

The Bitdefender Antivirus Plus is an entry-level package made for users who don’t need extra features like Parental Control. But it is packed with the best malware detection technology.

The latest updates that Bitdefender Antivirus Plus 2020 gets for 2021 are improved VPN, enhanced real-time protection, and excellent vulnerability assessment.

So, what do you get when you try Antivirus Plus?

All About Bitdefender Antivirus Plus

The most affordable plan of Bitdefender is only compatible with Windows devices. So, if you need a Bitdefender product for your Mac or smartphone, you can get other premium versions like the Total Security or Bitdefender Family Pack.

It supports Windows 7, 8, 8.1, and 10. It requires a minimum of 2 GB RAM and free hard disk space of 2.5 GB. If you use a device with an old generation CPU, it will affect the system’s performance.

You can try Antivirus Plus for free for 30 days to see if it’s the perfect protection software for your Windows PC. Bitdefender offers a subscription plan for 1, 2, and 3 years. It can protect up to 10 devices. Hence, Bitdefender’s price varies on the user’s subscription plan. But you’ll get an affordable price with all the protection you need for your PC.

The latest version offers a new and improved real-time protection. It can actively scan all files and email attachments and detect even the stubbornest threat.

It detects unwanted applications installed on your PC, any issue with remote networks and boot sectors, and keyloggers. You can also customize what files or folders you want Bitdefender to scan.

When tested, it shows how superior its real-time protection can be. It blocks almost all infected files and even stops users from installing malicious software.

You can choose to perform a quick scan or full scan with Bitdefender. For the full scan, it will take time to check on your device. But as soon as it gets used to your device, the subsequent scans would become faster.

Bitdefender stands out for its malware detection. It can determine if a file is injected with a malicious code. Hence, blocking it to avoid running or saving it. It utilizes malware directory and machine learning to get to know all kinds of threats present.

Furthermore, Bitdefender scans in the cloud. Therefore, users won’t experience any problems with their PC while running the virus/malware scanner.

Whenever you miss any updates on your device, Bitdefender will search for you and update it. Furthermore, you can change the settings to automatically update your apps or software. Now, you don’t have to forget about updating them anymore.

Phishing sites are websites that masquerade to appear as trustworthy, but it steals financial and other personal information. Sometimes, it’s difficult to detect if a site is fake or real. But with the help of antivirus programs, it makes everything easy.

Bitdefender Plus has an outstanding anti-phishing or web protection property. It searches through its database of dangerous and blacklisted websites to detect if a site is safe. When it finds a match, it will immediately block access to the site.

It allows you to see the website it blocked and give you the option to whitelist the site by clicking on Add to Exception option below the blocked website. Comparing to other antivirus applications, you don’t have to dig deeper to whitelist a site when using Bitdefender Plus. However, before clicking on that option, make sure that the webpage is safe and legitimate.

Its web protection feature prevents downloading of files or accessing web pages that have downloadable malware.

Secure all your passwords, credit card number, and other sensitive information using a password manager. Bitdefender has a built-in password manager. It allows to be synced on multiple devices, create various vaults with separate passwords, auto-fill and save log-in credentials, and store unlimited passwords.

It can generate up to 255 characters long, which is better, unlike other password managers in the market. You can also choose how you want your passwords to be generated, such as adding an upper case, lower case, numbers, symbols, and so on.

Bitdefender Antivirus Plus comes with a limited, built-in VPN. It secures the user’s IP address, provides a no-log policy and encryption of data. However, the free VPN is limited to 200 MB/ day and covers only the basics. Furthermore, there is no option to pick the location you want.

If you only need to use a VPN for a short period, the free VPN is enough. But if you need more than 200 MB a day, you can opt for the premium version, which is an independent product.

Browse, shop, or bank online without worries, using Bitdefender’s SafePay feature. It protects users by creating a sandbox that’s separate from other browsers. Hence, any malware in your browser will not affect or see your login credentials.

Also, you can use or add a virtual keyboard so that your keystrokes could not be detected, and it also detects if you are connected to a safe internet connection.

Websites track every click using third-party cookies, adtech, and so on. Bitdefender includes anti-tracking features to stop excessive tracking on the web.

Add the anti-tracker on your browser and enable the extension when surfing the internet. Also, you can customize how you can be tracked. You can enable web analytics but disabled tracking by ads and social media.

You can get rid of files that you don’t want anyone to see using a file shredder. After deleting a file, there are still some ways that it can be recovered. But with a file shredder, it overwrites the data with a special algorithm to remove the file with no recovery.

Despite some limitations, Bitdefender Antivirus Plus is still one of the best and highly recommended security programs. It is packed with features dedicated to bringing the best protection for multiple devices.

Bitdefender excels in its performance as compared to its competitors. It has a minimal impact on the performance of your device when you run a full scan.

In addition, Bitdefender has system optimizer features to boost your PC’s system. The Bitdefender Photon is a technology developed to make Bitdefender work with the PC’s hardware and software. It will then prevent the usage of extra resources and data.

When watching, playing a game, or presenting, Bitdefender can temporarily block pop-ups, unimportant activities, and so on. It saves battery life by changing some settings that drain battery usage.

Does Bitdefender Have a Free Version?

Even the free Bitdefender edition is packed with world-class protection features. It tops most reviews for the best free antivirus program by tech magazines.

Features are limited, but you get to take a glimpse into Bitdefender Antivirus. Download your free version today and give Bitdefender a try.

If you want to go for more features than what the free version offers, you can purchase the Bitdefender Antivirus Plus, Bitdefender Family Pack, Total Security, or Bitdefender Internet Security.

Overall, Bitdefender stands to be one of the best protection software known in the market. With plenty of positive reviews about Bitdefender, there is no denying that it comes as the first brand in mind when you want to secure your device. With a low price, you’ll get all the protection your device and data need.